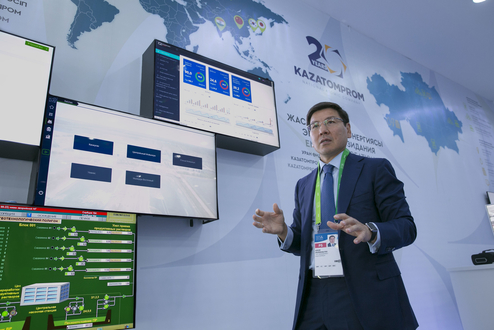 Mr. Zhumagaliyev was appointed Chairman of the Board of NAC Kazatomprom JSC on May 6, 2015. 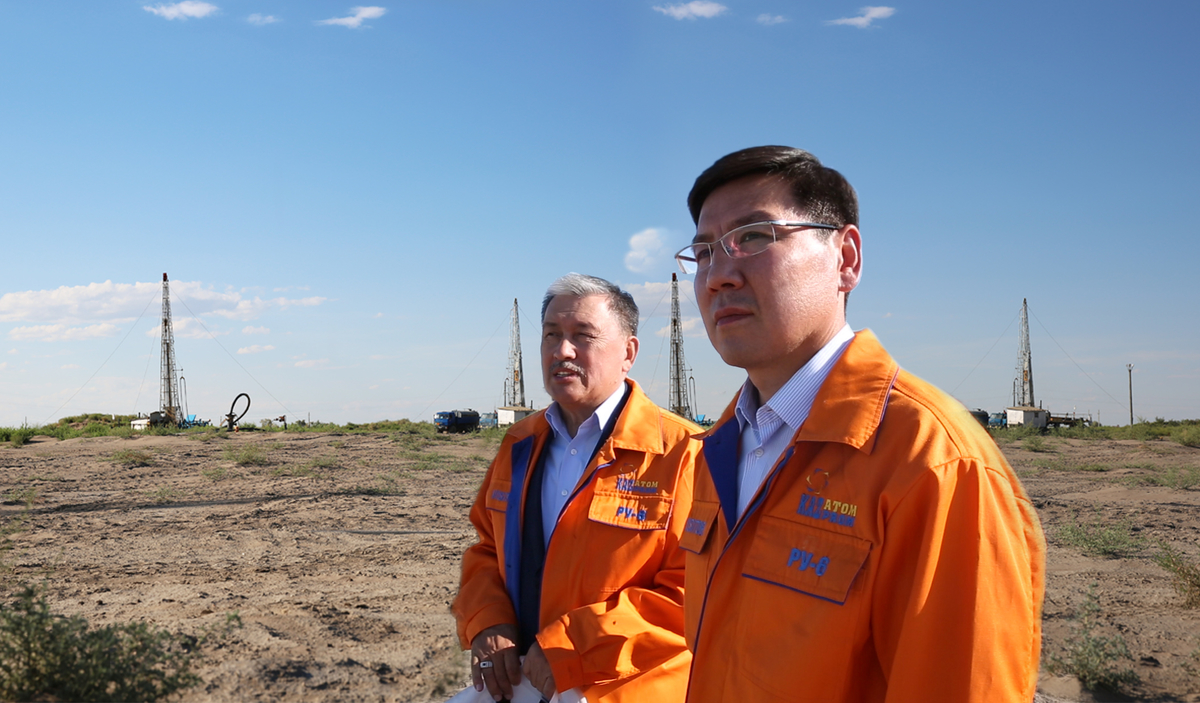 Past years were complicated for world nuclear industry. Negative macroeconomic factors led to a drop in prices for energy resources, including natural uranium, and adversely affected the development of the market as a whole. Despite external economic circumstances, the Company managed to mobilize, transform and achieve high positive production and financial results. 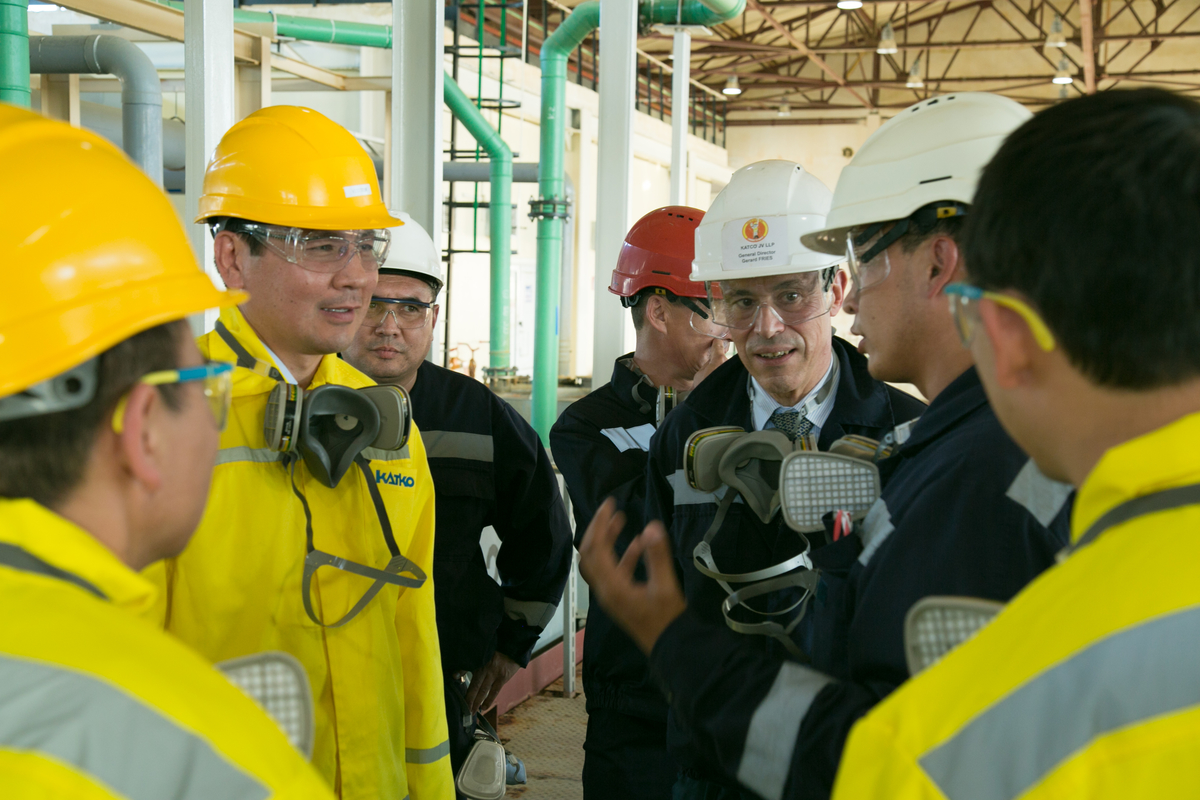 During the period of Zhumagaliyev's work, the net profit of the national nuclear company grew more than 3 times, amounting to more than 110 bn KZT. EVA indicators (economic added value) increased by 4 bn. KZT, EBITDA grew by 19%.

A.Zhumagaliev continued to implement strategic initiatives to diversify the business and increase the efficiency of the company, as well as ensure its competitiveness in the global market. Although Company strengthened its world leading positions in uranium mining field, expanded its presence in other parts of the nuclear fuel cycle. 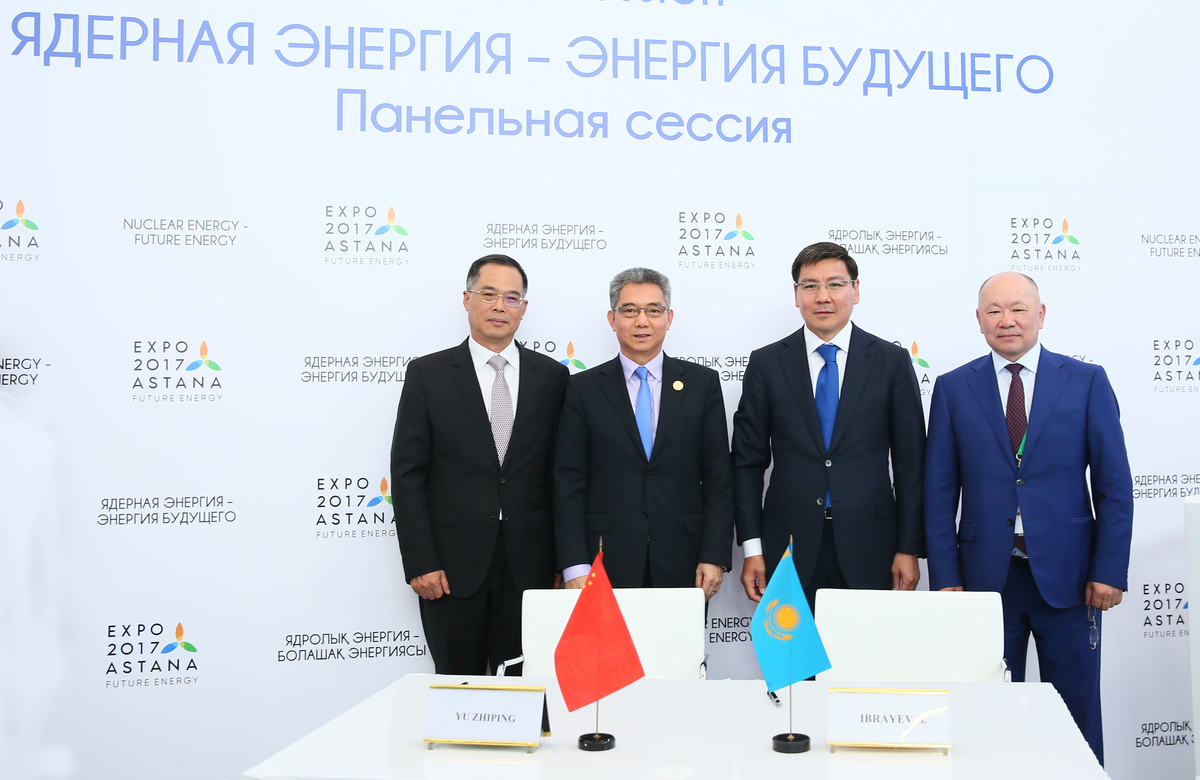 In cooperation with Chinese CGNPC Company started implementation of a breakthrough high-tech project in the nuclear industry - the construction of a plant for the production of nuclear fuel assemblies.

New enterprise will annually produce 200 tons of nuclear fuel for Chinese NPPs. Plant will have a guaranteed market for its products for 20 years ahead. The implementation of this innovative project aimed at creating a vertically integrated Company will allow the production of uranium products with high added value. Kazatomptom and its partners from China signed an agreement on the supply of Kazakhstani fuel pellets for Chinese companies until 2024. 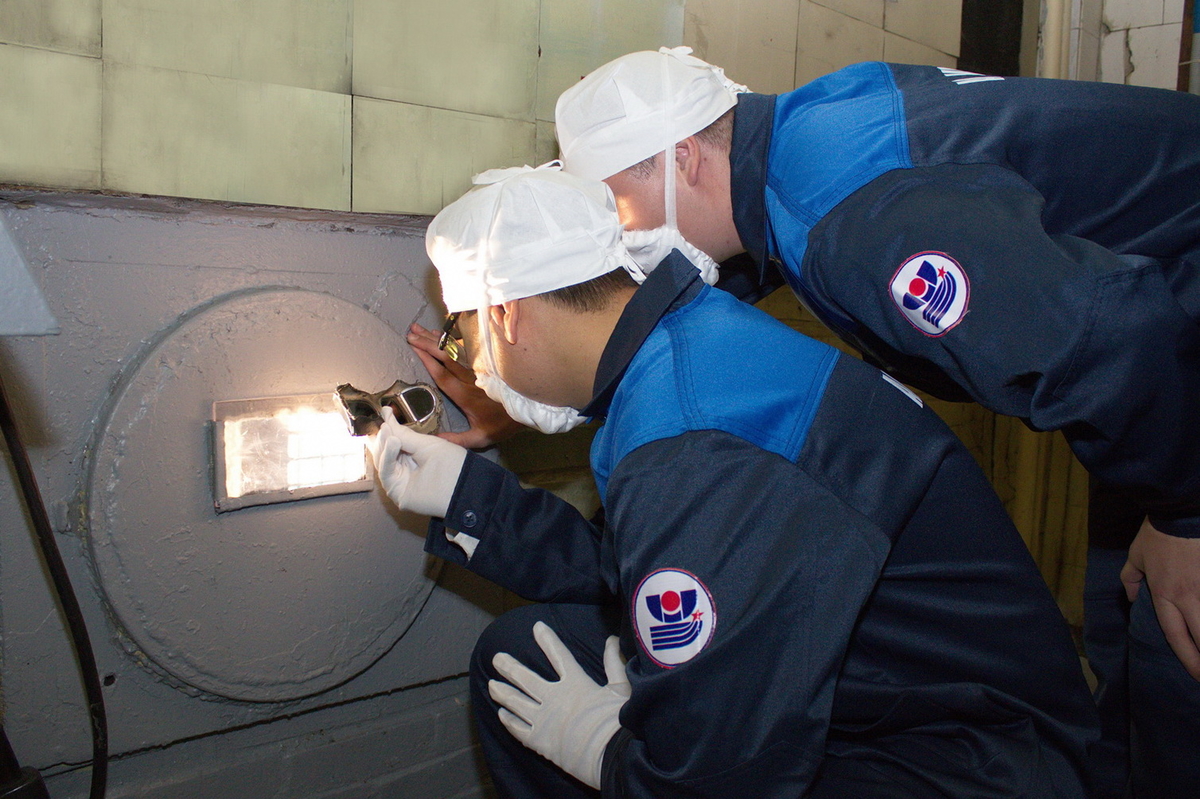 Under the leadership of Askar Zhumagaliyev new Company’s Strategy, organizing structure were approved, business processes were overviewed, the process for diversifying production, privatization of non-core assets were intensified and effective cooperation with partners was strengthened.

A number of important international agreements and contracts were signed, particularly with Cameco (increasing of share of Kazatomprom in JV Inkai from 40% to 60%), with Rosatom (outputting of  UEC CJSC on breakeven), CGNPC (the supply of fuel pellets to Chinese companies till 2024), with AREVA (on further development and increasing of efficiency of JV KATKO). Company signed long-term contracts on supply of uranium concentrate. 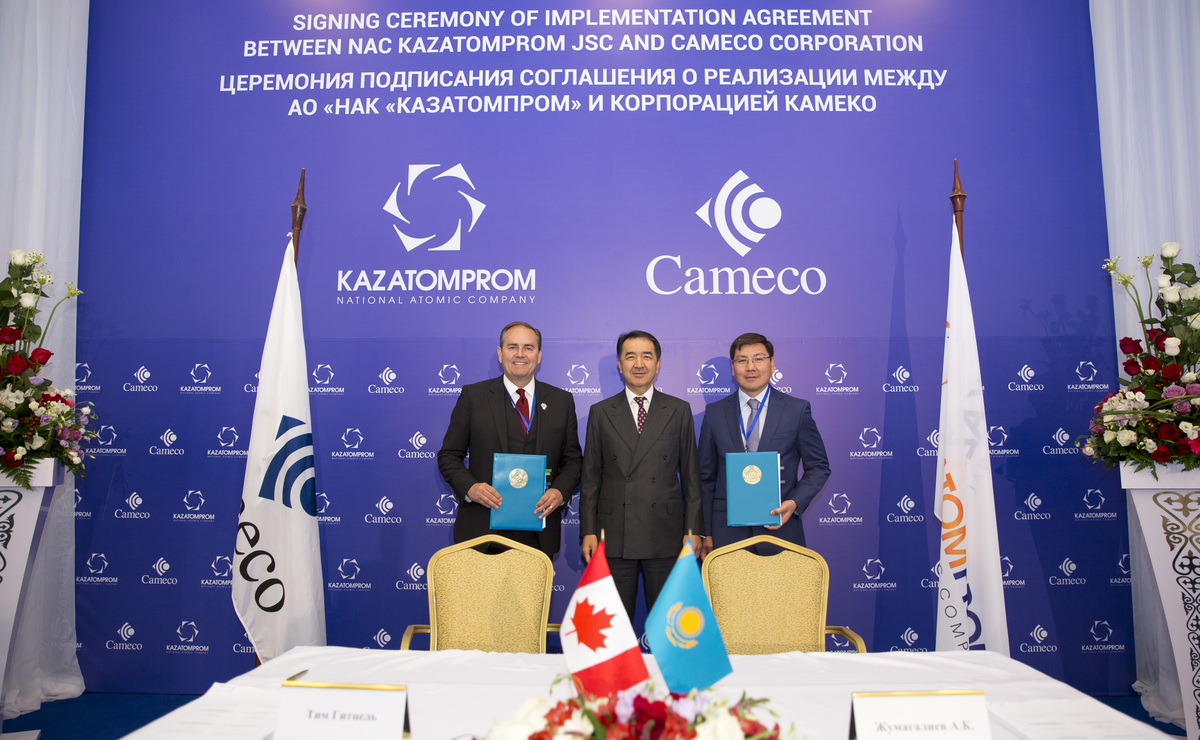 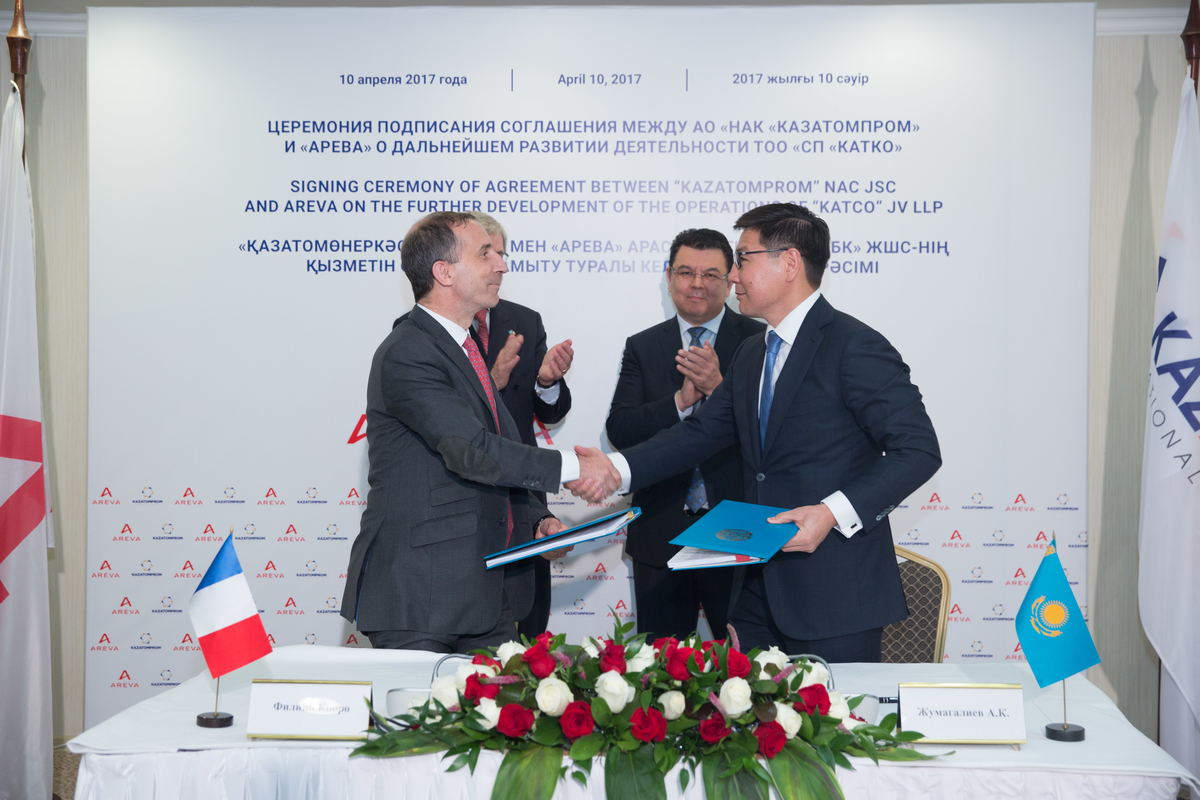 A lot of attention is paid to the introduction of the elements of "Industry 4.0" in the Company. Kazatomprom signed a number of memorandums on the digitization of production with the world's leading companies. The partners intend to cooperate in the field of automation, digitalization and robotics at joint ventures, in particular, to develop projects for BigData, the Internet of things, additive technologies, 3D modeling and cloud technologies. As part of the company's transformation program, the Digital Mine and Situation Center information system was launched.

The construction of the IAEA  LEU Bank was completed, the trading company Kazakatom AG was established, an educational strategy was developed, a number of complex measures were taken to increase production efficiency, optimize technological processes, save energy, etc.

Due to significant changes in the Company, it was possible to  improve its efficiency. In 2016, the economic effect of the implementation of the transformation program amounted to over 16 billion tenge. This effect is achieved through the transformation of the activities of mining and service companies, automation and modernization of production, optimization of procurement and warehousing activities, as well as reduction of the company's representative offices abroad. 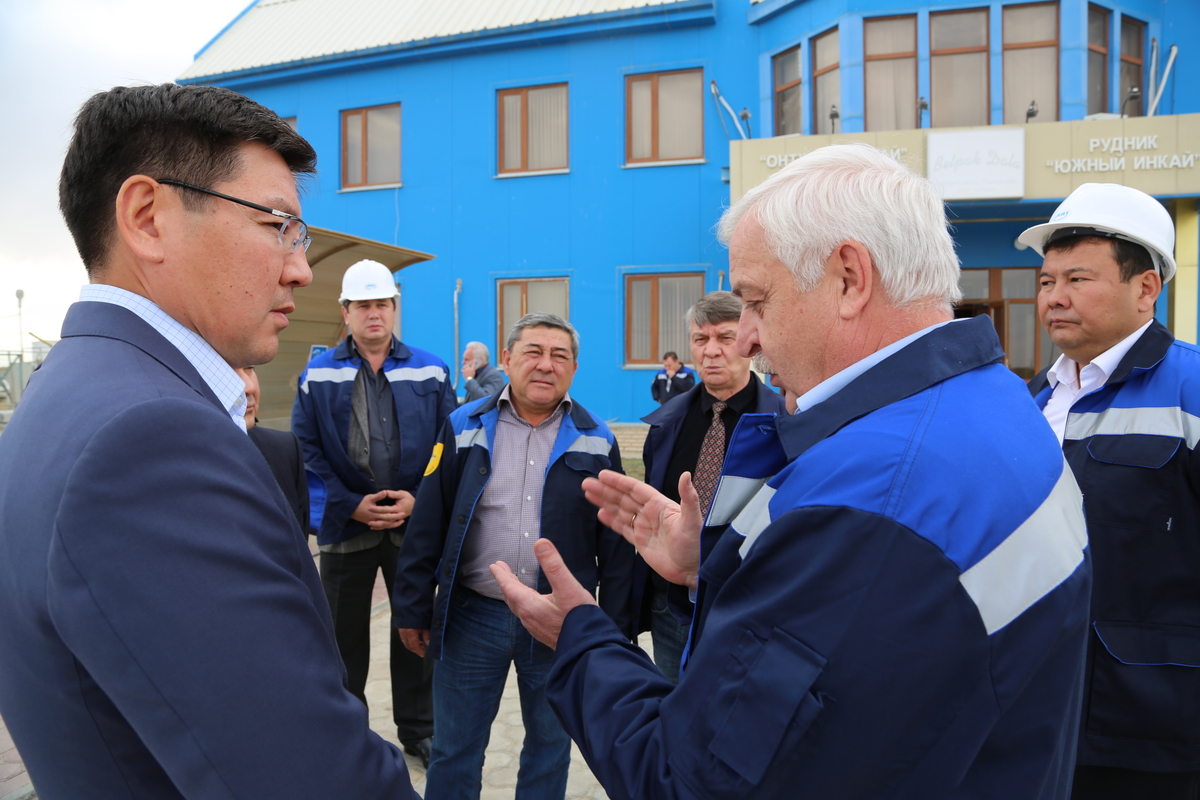 During this period, 19 social facilities were transferred to akimats of South Kazakhstan and Kyzylorda oblasts, 12 offices of subsidiaries moved from Almaty to uranium mining regions.