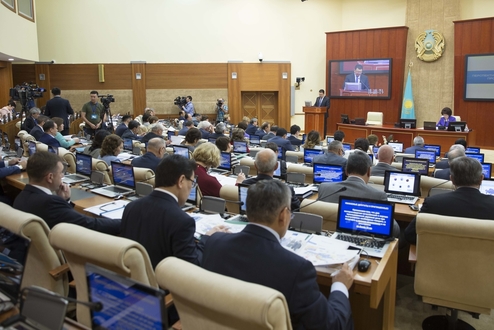 Minister of energy of the Republic of Kazakhstan Kanat Bozumbayev, Chairman of the Board of NAC Kazatomprom Askar Zhumagaliev and Deputy heads of a number of state bodies and companies took part in the meeting.

According to Minister of energy Kanat Bozumbayev, Kazakhstan is the World leader on uranium mining and it’s cover 39% of requirements of world nuclear power. In 2016, the country produced 24,700 tons of uranium, which is 76% more than in 2009. At present, 12 enterprises are engaged in uranium mining in Kazakhstan, of which 11 are joint ventures created in partnership with France, Canada, Japan, China, Russia. 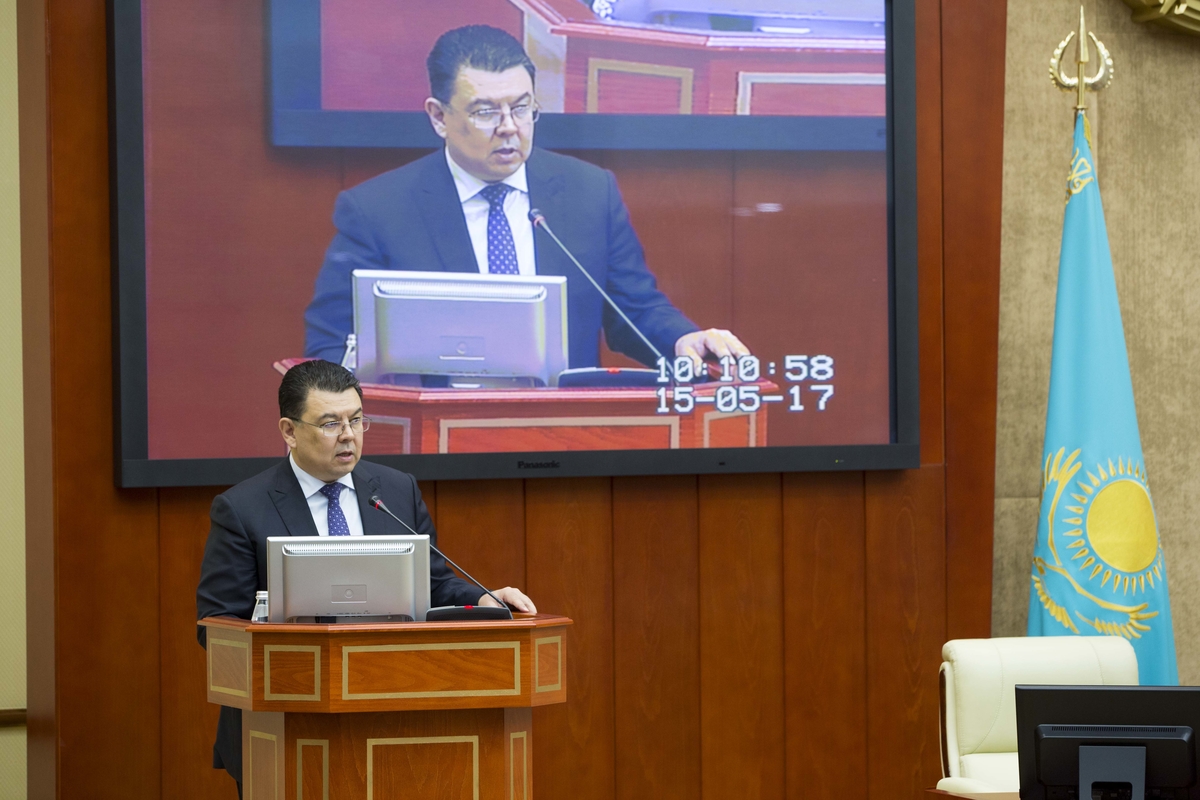 The entire volume of produced uranium is exported mainly to China, Europe, India, USA, Canada. More than 87% of the uranium reserves in Kazakhstan are suitable for extraction by the method of drillhole in situ leaching. This technology is recognized by the IAEA as the most environmentally friendly and effective way of field mining.

12 offices of uranium mining enterprises were relocated from Almaty to uranium mining regions - to Kyzylorda and South Kazakhstan oblasts in 2015-2016 years.As a result, the volume of tax revenues to the regional budgets has been supplemented with the amount about 10 billion tenge. Over the entire period of activity, the enterprises financed the construction of social projects worth more than 38 billion tenge.

In the past year, there has been a significant impact of value of the uranium. In these circumstances, it was decided to reduce the volume of uranium production in Kazakhstan on 10% (2000 Mt), representing 3% of the world total volume. It is worth noting that, as a result of this decision, the price of uranium has increased by 20%.

Replying to questions from deputies, Chairman of the Board of NAC Kazatomprom JSC Askar Zhumagaliyev informed that, coupled with the restructuring plan of the company's assets 2015-2016 Gg. it reduced the number of subsidiaries and affiliates organizations from 82 to 52. In accordance to integrated plan of privatization 4 enterprises: Kaustik JSC, Kazakhstan Solar Silicon Astana LLP, Solar, MC KazSilicon are planned to be implemented in 2017 year. 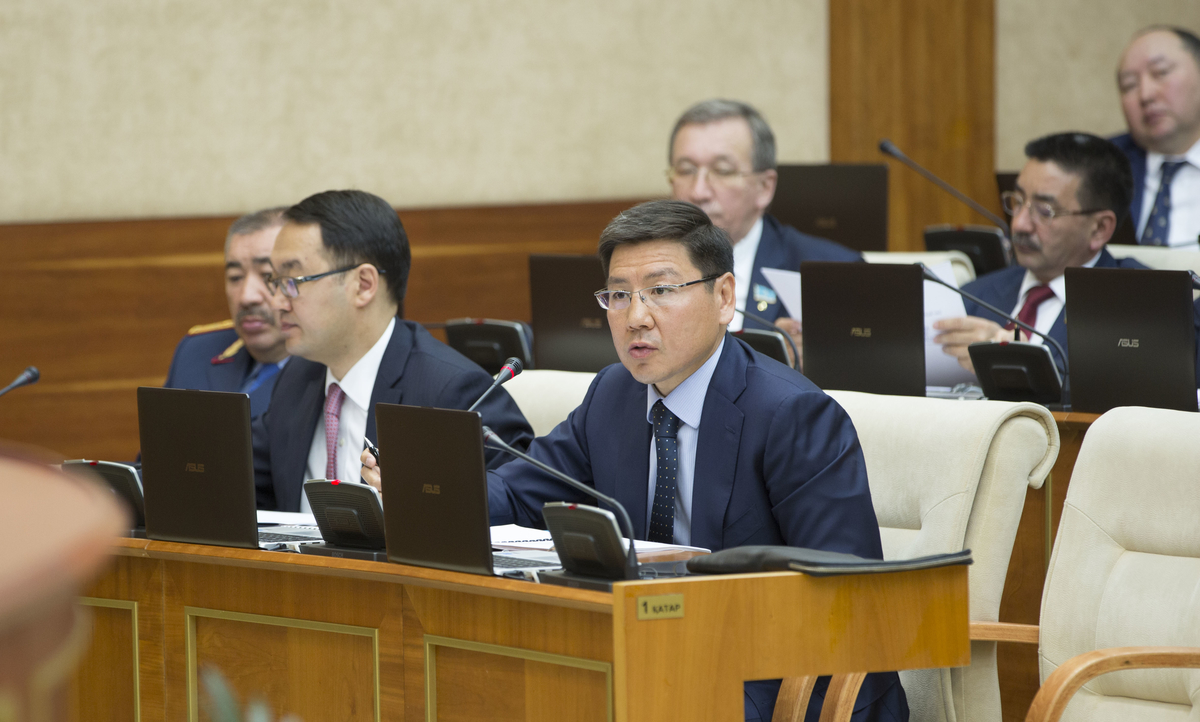 When asked about the progress of the transformation, the head of the national nuclear company said that the program brings its results. So, for 2016, the economic effect from its sale amounted to over 16 billion tenge. This effect is achieved due to the transformation of the activities of mining and service companies, optimization of procurement and warehousing activities, reduction of the company's representative offices abroad and other. 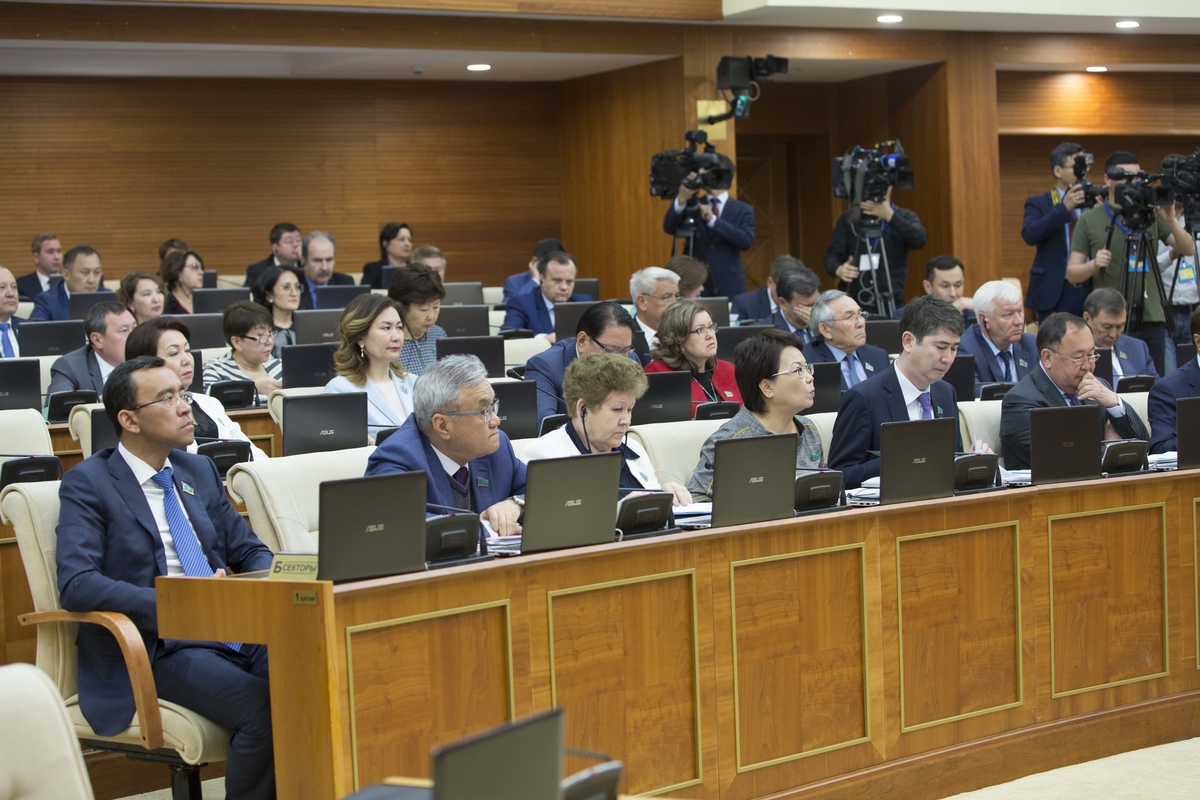 There is a pilot implementation of automated processes in Kazatomprom and in a mining enterprise of Kazatomprom-Sauran LLP, and it is also planned to launch the Digital Mine information system in order to extend this experience to all the Company's enterprises. In general, until 2025 the implementation of the Transformation Program is expected to have an economic effect of about 136 billion tenge. 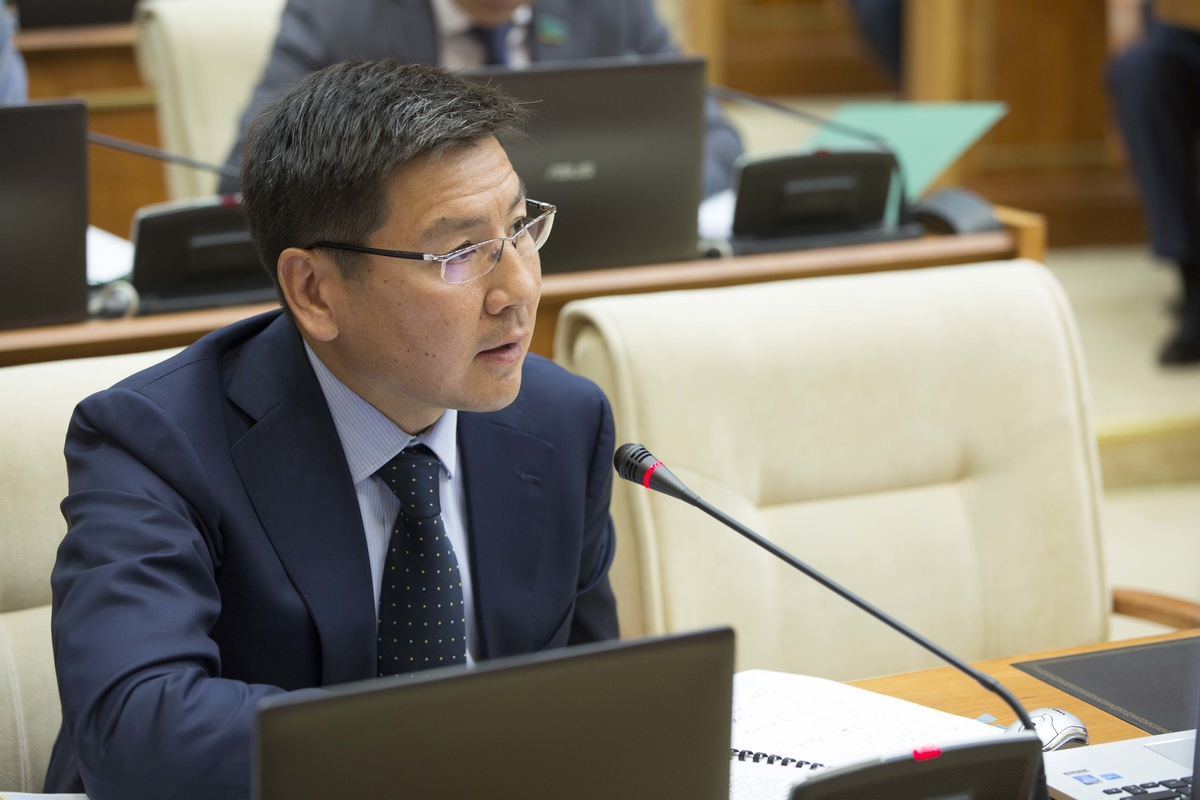 In addition, Askar Zhumagaliyev told the deputies about the development of the priority area in the nuclear industry - building the full cycle of creating nuclear fuel, making full use of its own resource base. Together with the Russian side, a uranium enrichment project is successfully implemented on the basis of the Urals Electrochemical Combine (Russia). In terms of diversifying the industry, a breakthrough project is the construction of a nuclear fuel production plant on the basis of the UMP JSC for the needs of Chinese NPPs, with a capacity of 200 tons of fuel assemblies per year. 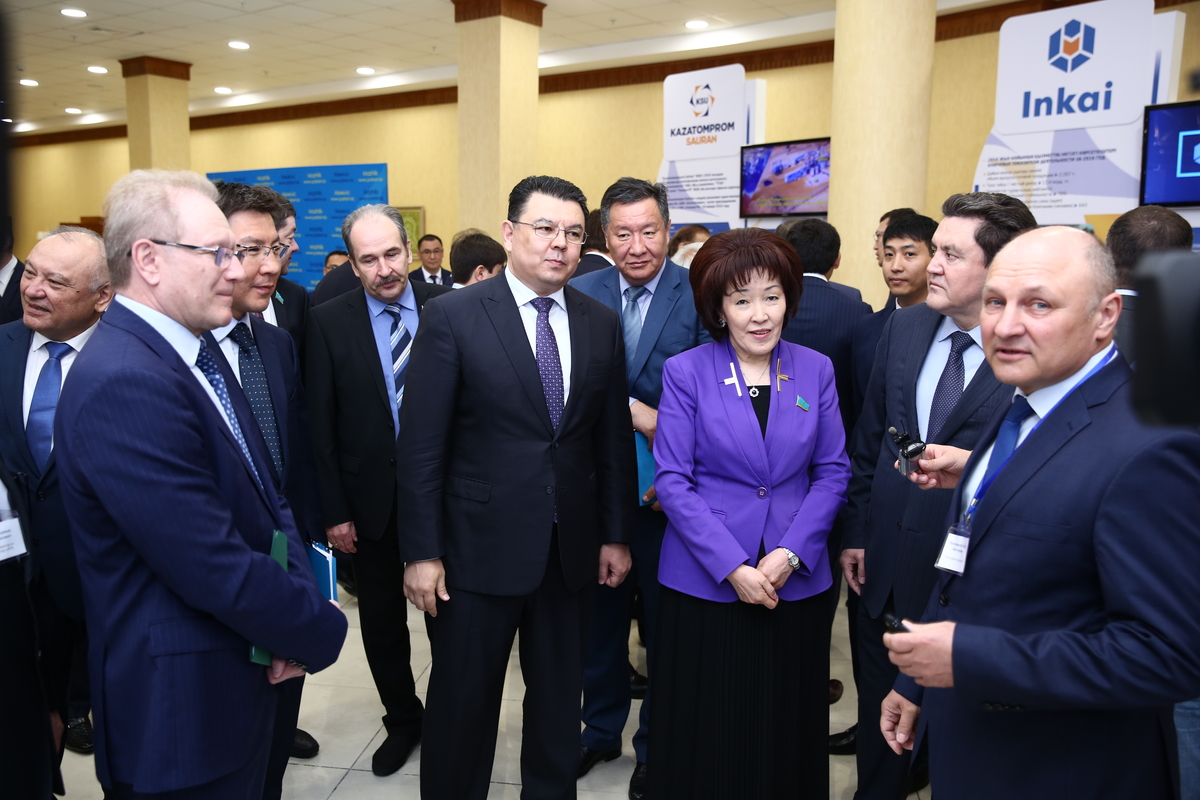 When asked about the supply of uranium to Iran, the head of Kazatomprom said that a corresponding agreement had been signed. 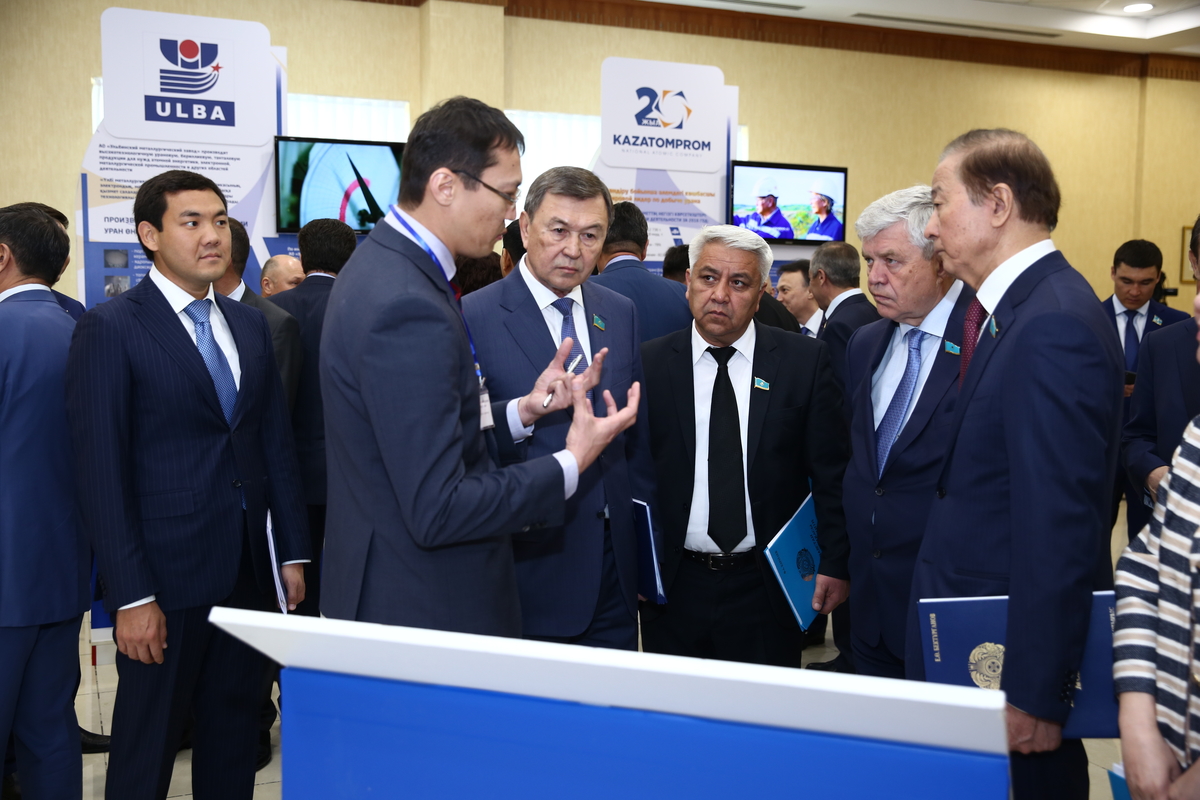